by Mag Haiti
in Cinéma
0

Robinson Vil is an American film director and actor of Haitian descent who is renowned for telling relevant stories and topics relevant that his audience can identify with; subjects that some of his colleagues do not often address. In “Rasin Mwen – L’amour Du Fric” the director takes us back to Haiti where anarchy and chaos reign. With a scenario that he himself wrote, Vil brings us into the daily life of Haitian youth with no role models or real future; turn to the crime and other despicable things to make a living. 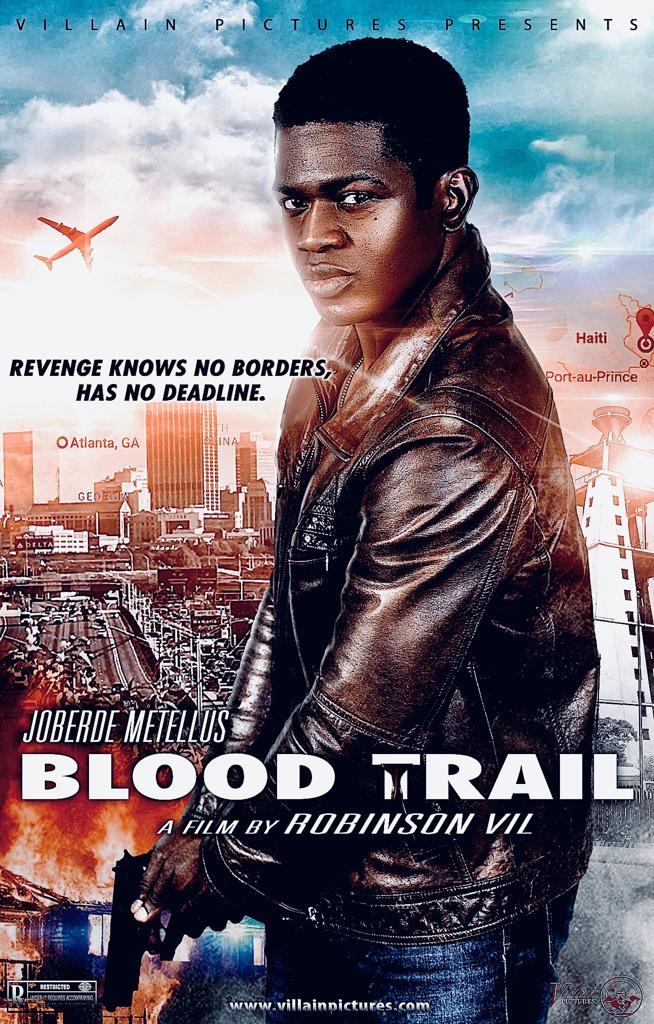 In 2019, the director returns with Blood Trail, his new film, this time with an international cast. The filming of this upcoming film is scheduled to begin this year in Los Angeles and Haiti. The director of “life.less” another one of his films, gave an interview to Mag Haiti to talk about his film, pre-production and aspirations in relation to the film.
In our interview, the director told us about the scenario and his vision for Haitian cinema.

Mag Haiti: Why did you choose this name for your movie?

Robinson Vil: It made sense … It’s an action film that tells the story of a man whose wife was killed and follows the Blood Trail that leads to the perpetrators. I am very happy with our main actor “Joberde Metellus” who will bring this story to life as hunts down his wife’s killers.

MH: Who wrote the script of the film?

RV: I wrote the screenplay for Blood Trail. The story is fictional and multicultural. It features actors from Japan, France, Russia, the United States and Haiti.

MH: When will filming begin?

RV: Production has already begun in Atlanta; we plan to raise additional funds to go to Haiti to complete the film in 2019.

MH: Where are you going to shoot the movie?

RV: We’ll start shooting in Atlanta, Georgia, and then we’ll go to California and Haiti to finish.

MH: What’s the difference between Rasin Mwen and Blood Trail?

RV: Rasin Mwen was filmed entirely in Haiti and in Creole on a low to no budget. Blood Trail is very different; it’s an action film, with big chase scenes, guns, special FX make-up and more. It will be a larger production featuring actors from around the world. Blood Trail will be in English and Creole with some Russian and Japanese.

MH: How many actors in the movie Rasin Mwen will be in Blood Trail?

RV: During the production of Rasin Mwen, I was very lucky to meet and maintain great relationships with some terrific people in Haiti. My casting director for Rasin Mwen (Frantz Louis-Charles) was able to introduce me to some great Haitian talents. I will be bringing back my lead characters from Rasin Mwen, such as: David Charlier, Reginald Chevalier, Michael & Reginald Morusma and Sandy-Edna Jeanniton. These guys worked so hard and gave so much to Rasin Mwen, plus I really enjoy working with them. They are definitely the best!

MH: Many of our compatriots hate Haitian action films, whether those made in Haiti or in the diaspora, because these films do not meet the standards established in the field, so they are called “fim teyat ”. Can we expect Blood Trail to be different?

RV: There is no doubt Blood Trail will be unlike any other Haitian action films directed by Haitian directors, shot either in Haiti or the States. We have an excellent stunt coordinator, “Terrence Julien” who has worked on such films as Black Panther, Batman vs. Superman, Baywatch, NCIS and more. He will be responsible for all the stunts in the film.

MH: Rasin Mwen has won many awards at the MPAH Awards; do you think these awards will have an impact on Blood Trail?

RV: I do not know if it will have an impact on our current movie. Many Haitians are still hooked on “film teyat”, they want to laugh and have fun; there is nothing wrong with that, but they must also recognize quality movies with great performances, screenplay, sound, music and more. We have a lot of Haitian directors who make great films with little resources and without the necessary support from the Haitian community.

MH: Do you think Haitian Movie Industry members should work together?

RV: In my opinion, the Haitian film industry is currently non-existent. The first thing that needs to happen is for the Haitian government to start supporting the filmmakers who do an excellent job. The government should create some kind of funding initiative that can help filmmakers continue to create and raise Haitian cinema that is compatible with the rest of the world. It is extremely difficult to raise funds to shoot movies and it would be great to have financial support from the Haitian community and government.